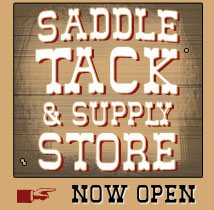 In the late 1800s Aaron Wade bought a saddle in Deadwood, South Dakota on one of his trips driving horses across the west from Oregon. The maker of this saddle is unknown, but Aaron rode it for many years until he passed away. In the late 1930s, his son, Clifford, pulled the saddle out of storage and found it to fit many of the horses he was currently riding. In 1937, he took the saddle to Hamley's in Pendleton, Oregon, and asked them to make a new one like it.

The Wade family had been neighbors to the Dorrance family in Wallowa County, Oregon, where William C. Dorrance homesteaded on Crow Creek in 1882. Young Tom Dorrance was intrigued by this saddle. Over the next few years, Tom discussed with Walt Youngman, who had been the head tree maker at Hamley's for many years, on ways to improve the design and fit. Some slight adjustments were made to the original Deadwood saddle, and what resulted was the 1940 Wade style tree (As you look at some of the old Spanish Vaquero saddles, you can see some of that influence in design).

This saddle sets lower than others with a prominent lip in the front and a larger horn allowing the cowboy to rope, dally, then slow the cow down by letting their rope slide, dally again, then use the lip to snap their rope under the stretched rope, which would keep their dallies tight. They could then get off and work their cow by themselves. These cowboys used a long rawhide braided reata, the larger diameter horn also saved many reatas from breaking. The saddle sitting lower over the horse's withers causes less stress on the horse's back. The bars were wider for more surface area against the horse so the saddle stayed in place better, and didn't need to be cinched as tight. More rock in the bars conformed better to the horse's back, spreading the rider's weight out.

Hamley's wanted to call it the Dorrance tree, but Tom, to his credit, wanted to name it after his friend Clifford Wade. Hamley's produced Wade saddles during the 1940s and 50s, except for three years during World War II when they discontinued taking special orders. These saddles were mainly sold in the local area until the Dorrance brothers, Bill and Tom, introduced them to California and Nevada. They were highly respected horsemen, and people took note of the gear they were using.

The Wade saddle was synonymous to the Dorrances until 1962, when Ray Hunt entered the saddle shop of Dale Harwood, a young saddle maker in Idaho Falls, ID. Dale had done some cowboying and was familiar with the Dorrances and the Wade style saddles they used, and Ray wanted him to make him one. Dale was not yet making his own trees, and went through quite a few tree makers trying to find just the right one. Finally, in 1968, he worked with Walt Youngman at Hamley's who helped him learn to make trees; Dale was able to obtain the original patterns of the 1940 Wade. Years later, Tom Dorrance was quoted as saying that Ray Hunt is credited for popularizing the Wade saddle and Dale Harwood for making the most authentic Wade saddle today.

Ray and Dale developed and improved on another Hamley design called the Denny Hunt tree. This tree is very similar to they Wade, but has a narrower stock giving it less lip in front, and a smaller horn. After the minor changes made to fit the modern horse, it was referred to as the Ray Hunt Wade.